A bit of the DSB history

The Defiance State Bank was chartered August 21,1951.  The original Board of Directors included:

Mr. Dopheide attempted to obtain a charter for Dow City in 1950.  At that time Mr. N. P. Black was Superintendent of the Iowa Department of Banking.  He went through the bank closings of the 1930's and granted new bank charters only rarely, however he authorized the opening of an office of the Defiance State Bank in Dow City.  The Dow City Office was opened June 1955.

December 1969 the bank became a member of the Federal Deposit Insurance Corporation.  Depositors accounts became insured up to the maximum amount allowed, e.g. $25,000,  currently the amount of insurance is $250,000.

Current Board of Directors 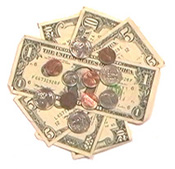 Conveniently located in Defiance and Dow City Iowa and Online!